This study aims to describe the description of personality types and factors that influence changes in the personality of Gayo characters in the novel Tungku by Salman S. Yoga. The method used is a qualitative method with a descriptive approach. The data source of this research is the Tungku novel by Salman S. Yoga and the data are sentences or paragraphs contained in the novel. Data analysis was performed using descriptive qualitative analysis techniques. The results of this study indicate that the personality of the character can be seen from (1) character conversation, (2) character behavior, and (3) character description. The main personalities in the Tungku novel, namely (1) korelis include Anan and Gegur; and (2) melancholy including Inen Ipak. Anan and Gegur have a personal personality because they are the leader and the leader trust. Correspondents are known as superhuman who are always looking for practical and definite solutions in making decisions. For neatness, the figure of a corrupt is known to be neat, responsible, and assertive, and superior. Corrupt personality deficiencies are often careless and always suspicious of little things that might happen to him. Corruption is difficult to manage so often the ego and make things controversial like Gegur. Inen Ipak's personality is melancholy because she is always a good listener. In addition, Inen Ipak also cares for others, namely Anan and those around her at Naru's house. One weakness found in melancholy personality, that is vindictive.

Most read articles by the same author(s) 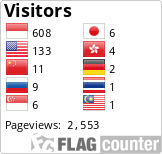